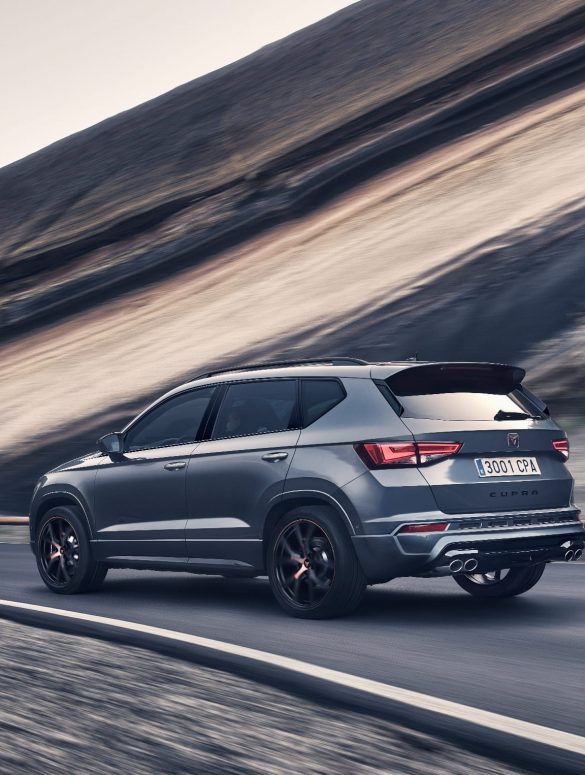 Ask anyone with even the slightest hint of computer literacy what a blue screen means to them and they’ll shudder as they regale tales of lost work and endless hours of frustration — not so when it comes to Spanish automaker giant SEAT. Oh no, SEAT has added these two infamous words into their 2020 Ateca SUV and the result is something extra special.

The Ateca itself needs very little introduction. It’s a charismatic medium-sized five-seater SUV that boasts the vibrancy of a Spanish summer and the meticulous engineering of its VW/Audi group siblings. You could say, it has the best of both worlds, however, now it comes with even more.

First and foremost the screen. The new Ateca has a great big infotainment screen, that, for the observant among you, would have seen as showcased in its seven-seater sibling, the Tarraco. All your favourite apps and connections are still there, including Carplay and Android Auto, but whereas before the eight-inch screen surround was a plastic grey frame with buttons, it now comes with a plush glass finish that merges perfectly into the SUV’s dash and offers ‘gesture awakening’ (wave your hand near the screen and options appear) and touchscreen control. It really smartens up and unclutters the entire dashboard view.

Then there’s the blue, which is actually black. Let me explain. The 2020 Ateca comes with an all-new colour, Crystal Black. It’s a deep metallic tone that when nowhere near sunlight, looks as dark as night. But when introduced to daylight, it reveals a sultry blue hue that transforms the look of the SUV.

My review model was the FR 4Drive and as such came with a lot of the Spanish carmakers’ fruit, including five separate driving modes (from eco to off-road), all-wheel drive and a rather rambunctious two-litre engine. It’s a spritely drive that has you involved as you want to be. Around town it’s big enough to be confident yet feels small enough to fit in, and, on longer runs, there’s ample power to overtake where and when you so choose.

It’s roomy too. The  five seats offer space for five, although I may I suggest that one of your friends be less than in love with Maccas, while there’s a spacious boot that fits up to 485 litres of whatever you need to transport, with spilt rear seats should you require more versatility.

With the sun shining brightly overhead, I took the opportunity to take the family and all their ‘day out’ paraphernalia to the beach in the attractive ‘blue’ Ateca. The beach we went to is slightly off the beaten track and includes some enjoyable (for me) tight corners and a smattering of unsealed roading to mix things up a little; the Ateca relished the trip. The SEAT’s sports seats hug you tight as you push into the corners in Sports mode, while a turn of the dial in the centre console is quick to prepare the SUV for the uneven terrain.

The infotainment screen is easy to navigate around and clear as the water we spent the day by. I have to admit to being a bit of a channel surfer (real surfing seems way too hard) so the touch-sensitive screen had me swapping radio stations with vigour.

As I said at the outset, the SEAT Ateca needs very little by way of an introduction. It’s family-friendly with more than its fair share of Spanish flair, however, the two new additions are certainly welcome and have gone a long way to allaying my fear of blue screens.