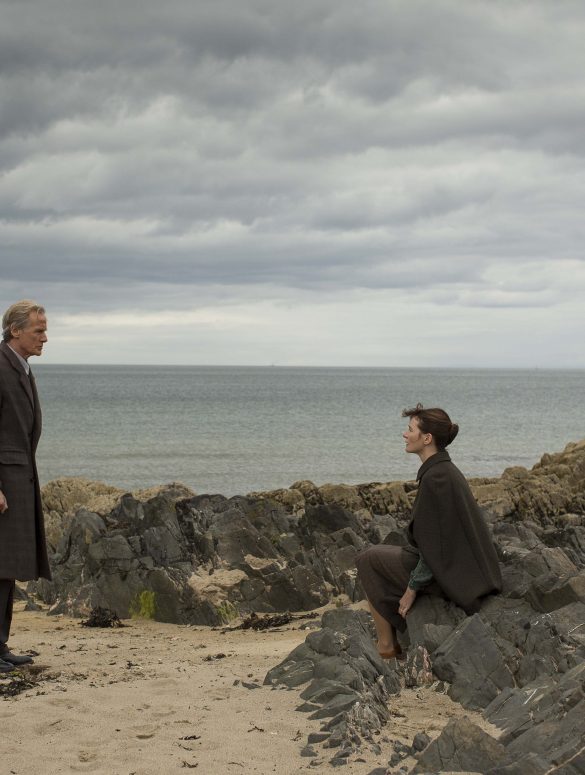 Based on the true story of producer Jonathan Cavendish’s parents Robin and Diana Cavendish, Breathe is an inspirational true story of love without limits.

Adventurous and charismatic, Robin Cavendish has his whole life ahead of him when he is paralysed whilst in Africa.  Against all advice, Robin’s wife Diana brings him home from hospital where her devotion and witty determination transcends his disability.  Together they refuse to be imprisoned by his suffering; dazzling others with their humour, courage and lust for life. Breathe is a heart-warming and highly emotional celebration of bravery and human possibility, a love story about living every breathe as though it’s your last. DVD, Blu Ray and digital release.

In the suspense drama, Chappaquiddick, the scandal and mysterious events surrounding the drowning of a young woman, as Ted Kennedy drove his car off the infamous bridge, are revealed in the new movie starring Jason Clarke as Ted Kennedy and Kate Mara as Mary Jo Kopechne. Not only did this event take the life of an aspiring political strategist and Kennedy insider, but it ultimately changed the course of presidential history. Through true accounts, documented in the inquest from the investigation in 1969, director John Curran and writers Andrew Logan and Taylor Allen, intimately expose the broad reach of political power, the influence of America’s most celebrated family; and the vulnerability of Ted Kennedy, the youngest son, in the shadow of his family legacy.

Pierre has lived as a pretty solitary life since his wife’s passing. His daughter gets him a computer, hoping it will stimulate his curiosity and maybe — who knows? — meet new people. With the help of Alex, a young computer teacher, Pierre begins browsing and surfing, and soon stumbles upon an online dating website.

Under Alex’s identity, Pierre meets Flora 63, a young physiotherapist and rapidly falls under her spell. She in turn is charmed by this elegant yet rather unusual profile and asks him on a date. A real one, face-to-face. Feeling trapped and excited by this adventure, Pierre accepts and has no other choice but to convince Alex to go in his place.

Set in a small town in 1959 England, The Bookshop is the story of a woman who decides, against polite but ruthless local opposition, to open a bookshop, a decision which becomes a political minefield.

The Bookshop is a sumptuous cinematic adaptation which celebrates bibliophilia itself, based on Penelope Fitzgerald’s celebrated novel of 1978.