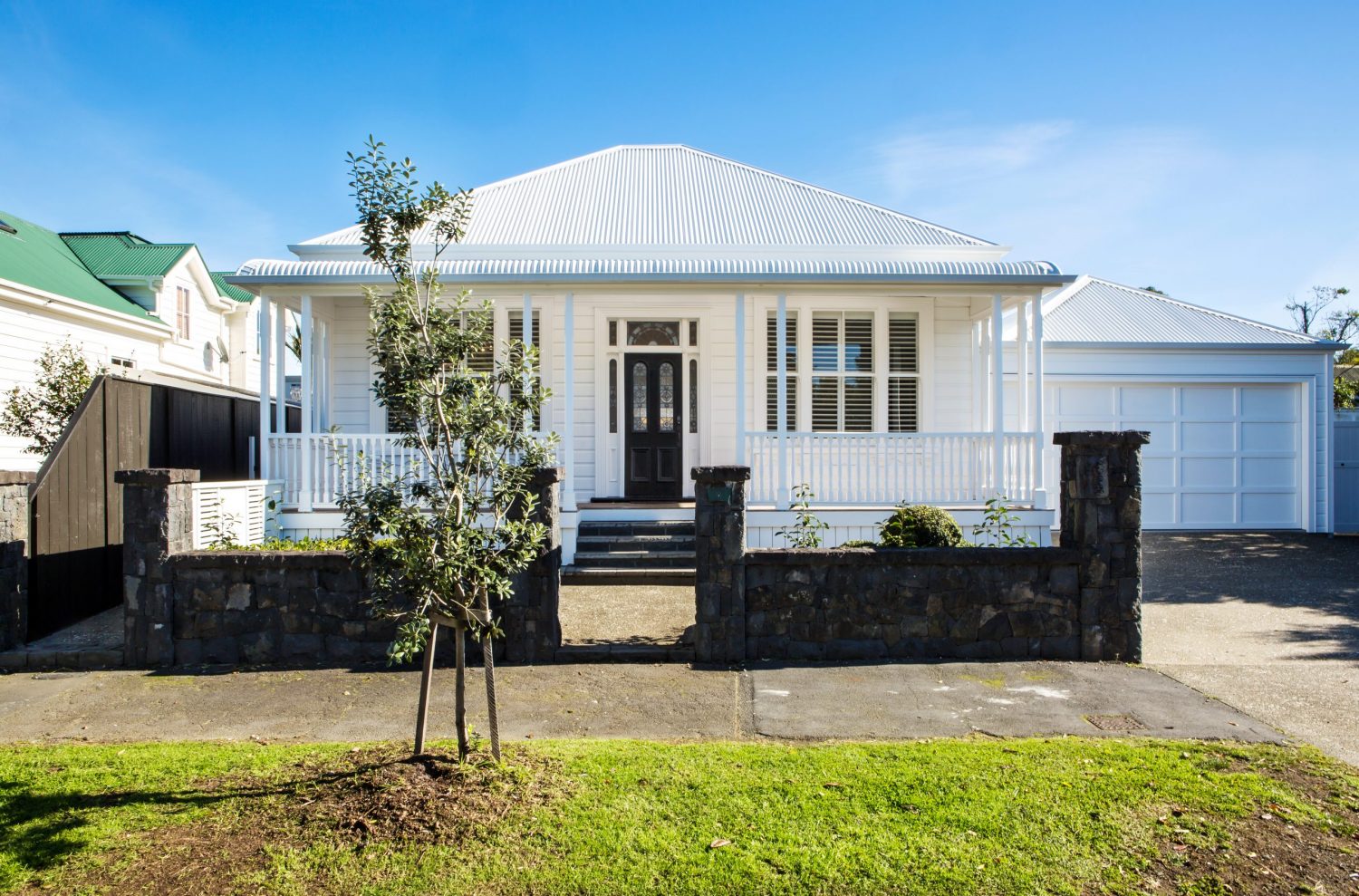 When it comes to building in city-fringe suburbs where villas and bungalows predominate, protecting Auckland’s architectural heritage is important. But that doesn’t mean slavishly copying the design ideas of the past. Showing respect is a given but equally vital is to create good-looking homes that key into the wider neighbourhood without compromising lifestyle.

When zoning changed under Auckland’s Unitary Plan, regulations around some Single House zones opened up meaning a minor dwelling of 65 square metres (excluding garage and decks) could be erected on the same section. Many Box™ clients saw the value in this, either building to accommodate a family member or as a holiday rental or to move into themselves as a retirement initiative while renting out the main home.

That’s a nice idea that often makes financial sense but Tony Borland-Lye, design manager at Box™, says suburbs such as Herne Bay, Westmere, Remuera and Mt Eden can have heritage overlays to be mindful of. Additions in these areas are also subject to approval by council. “In that case, you don’t want to bastardise the existing home, but rather to enhance it – and the way to do that is to produce something that is a complete juxtaposition.” The current architectural thinking is to make a distinct separation between what was and what will be. Yet putting something clearly modern up against an architectural typology that is venerated can be problematic. Neighbours might complain and the red tape could be tricky to navigate. The key, says Tony, is to pay homage. The new should always give a deferential nod to the old.

Proportion and mass is an integral part of the sympathetic approach. A massive two-storey addition on a petite single-level bungalow is simply wrong and unlikely to get the green light. “If you can provide the bones, the structure, that’s in context with those properties around it, you’ll be heading in the right direction.”

Another vital aspect is the pitch of the roofline. In a recent Grey Lynn project, where the original home had a typical gable, Box™ designed an addition with a modernist-style monopitch roof at the same angle (essentially a half-gable) to reflect this. A similar approach works when it comes to minor dwellings. “Putting a full gable roof on a home with a really small footprint just makes it look like a garden shed anyhow,” says Tony. “It doesn’t work.”

The main thing to appreciate is that council planners focus most of their energy on the street presence of a home: it determines what is approved and has to understanding of the community spirit. But that doesn’t mean you need to dress the design up with finials and fretwork. A pared-back contemporary interpretation of the villa is likely to get the pass mark (why not incorporate some coloured glass to echo Victorian leadlight panels). But don’t waste your time with a brutalist concrete box, or a Tuscan-style farmhouse.  “When council architects review the project, there’s a much-better chance of getting approval for something that is aesthetically pleasing to eye than a home that looks an abomination.”

Another way to show this respect is by incorporating materials that might not be the classic white weatherboard that fills these historic quarters but nevertheless alludes to them. For example, use timber-board cladding of a similar gauge on parts of the building but vertically, which gives the illusion of height and looks more modern. “This can be offset with horizontal screening,” says Tony. “You aren’t trying to replicate the design of the original just to interpret the key drivers of that particular style.” Using a corrugated profile for a roof material gains brownie points but it would be difficult to get away with, say, zinc-tray roofing.

Double garaging facing the street is another aspect that falls into the ‘no go’ category; not only is it an eyesore but quite out of step with historic suburbs. Box™ usually tucks a single garage or carport in behind the home or turned 90 degrees to the street.

To some, that might be one compromise too many so it obviously pays to check out whether there are any heritage overlays on your home or section before you buy. There are strict rules about what you can and can’t do. You may not be allowed to remove an old house to build what you want. You may need publicly notified resource consent for additions. Study the unitary plan or get some professional advice before you sign on the dotted line. The Auckland Design Manual (aucklanddesignmanual.co.nz) has some general rules on what you can and can’t do in various zones.

Chances are though, that if you appreciate Auckland’s older suburbs, you’ll also have an appreciation of the long-established architecture. In that case, acknowledging the surrounds will feel like a no-brainer, or recycling parts of an older demolished home into your new dream pad, will seem the right (if not necessarily the cheapest) way forward.

And therein lies the answer: respect the past but look to the future. Create your own history.