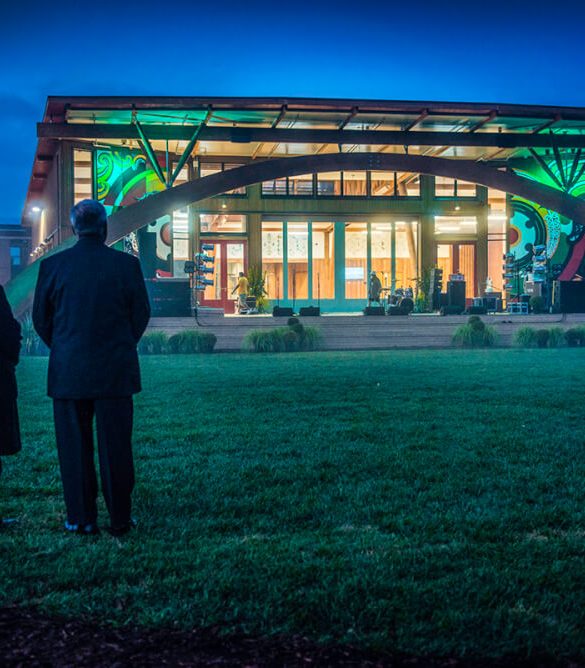 17 August 2015 – Following its worldwide sold out premiere at the New Zealand International Film Festival the feature observational documentary Ever The Land will now start its nationwide tour on 27 August in Auckland, the Bay of Plenty, Gisborne and Otago.

The three year architectural undertaking by the late master of New Zealand architecture, Ivan Mercep of Jasmax, to build sustainably with as little effect on the environment as possible, was captured on film entitled Ever The Land, by Sarah Grohnert.

“The film narrative manages to pay homage to Ivan as well as tell the embedded story of a building built by Tuhoe,” says Sarah.

Ever The Land is filmmaker Sarah Grohnert’s first feature film. A project filmed almost exclusively by Sarah herself, the idea for the film initiated and overall production was in a close knit creative collaboration with producer Alexander Behse from Monsoon Pictures International.

The resulting film however was not Sarah’s original intention for her film.

“What started out as a documentary about architecture, quickly turned into an immersive experience of real life that is deeply human, spontaneous and involving. The intention with the film is to provide an open invitation to discover and rediscover our own sense of connection with ourselves, each other and the land that sustains us,” says Grohnert.

The title Ever The Land with logline A People A Place, Their Building is representative of Tuhoe’s relationship to the land.

“The building Te Uru Taumatua is the binding character in this observational documentary. I know audiences are used to having people as main characters yet in this film the building is something of a marriage of characters, it is a celebration of land and people. The fact that this building isn’t just a building but a Living Building, designed and constructed to the standards of the international Living Building Challenge, is that key to that relationship,” says Grohnert.

The film Ever The Land is ‘direct cinema’ – void of narration or interviews in favour of an immersive experience of real life that is deeply human, spontaneous and involving.

Grohnert explains “Ever The Land provides a unique and fascinating insight into the lives of Ngai Tūhoe communities, a culture of people closely entwined with the land. Tuhoe embody their land, and their land embodies them. The film takes a close look at this and explores how this relationship is manifested in their building.” 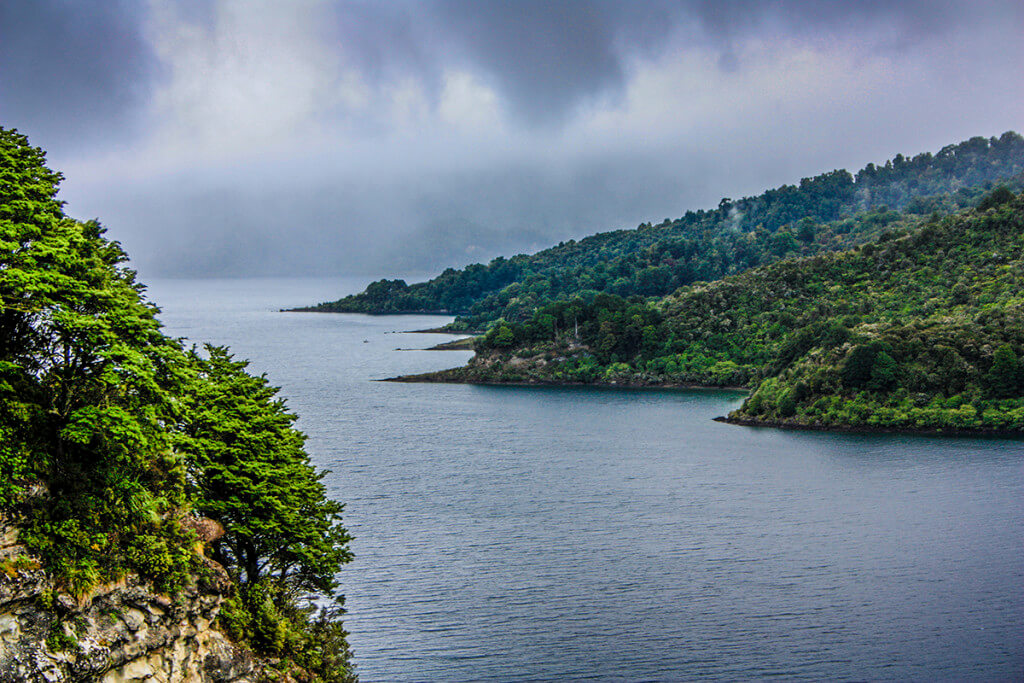 As an integral part of the Tuhoe community for three years, Grohnert captured intimate details including the historic moment when in 2014 Te Urewera, Tuhoe’s ancestral homelands were returned along with an official apology from the New Zealand Government.

For the past 150 years, the relationship between Tūhoe and the New Zealand government has been defined by longstanding grievances over severe colonisation experiences such as illegal land confiscations and the devastating consequences of scorched earth policies.

“There’s no other way but saying what a fortunate alignment if was for the film that Tuhoe achieved their historic settlement with the Government over the same period that the building was being built. The legal return of Te Urewera to Tuhoe as well as the moving apology spoken by the Ministry of Treaty Negotiations in the film echoes through every room and fibre of that building. It is a building of new beginnings,” reflects Grohnert.

Mercep’s involvement as the lead architect is incredibly significant.

“I find it very humbling, and perhaps it is appropriate to consider the building as a kind of reconciliation of a complicated cultural conversation. Ivan had a huge part to play in that. He was known to be an exquisite listener, very sensitive to the needs of his clients and I think he knew how to embrace and honour the trust and faith that Tuhoe put in him,” says Grohnert.

Ever The Land will also make its international debut at the Vancouver International Film Festival in September 2015 with its United States premiere in New York at the Margaret Mead festival at the end of October.

Ever The Land is also a finalist in The Designers Institute of New Zealand 2015 Best Design Awards, which is an annual showcase of excellence in graphic, spatial, product and interactive design. Winners will be announced at the Awards Ceremony on 09 October.

Ever The Land begins its nationwide screenings from 27 August:
* In the Auckland region @Rialto Newmarket and Waiheke Community Cinema
* In the Bay of Plenty/Gisborne region – Whakatane, Te Puke, Rotorua, Tokoroa, Gisborne and Wairoa
* In the Otago region in Dunedin and Oamaru

For specific times and dates please go to: http://www.flicks.co.nz/movie/ever-the-land/