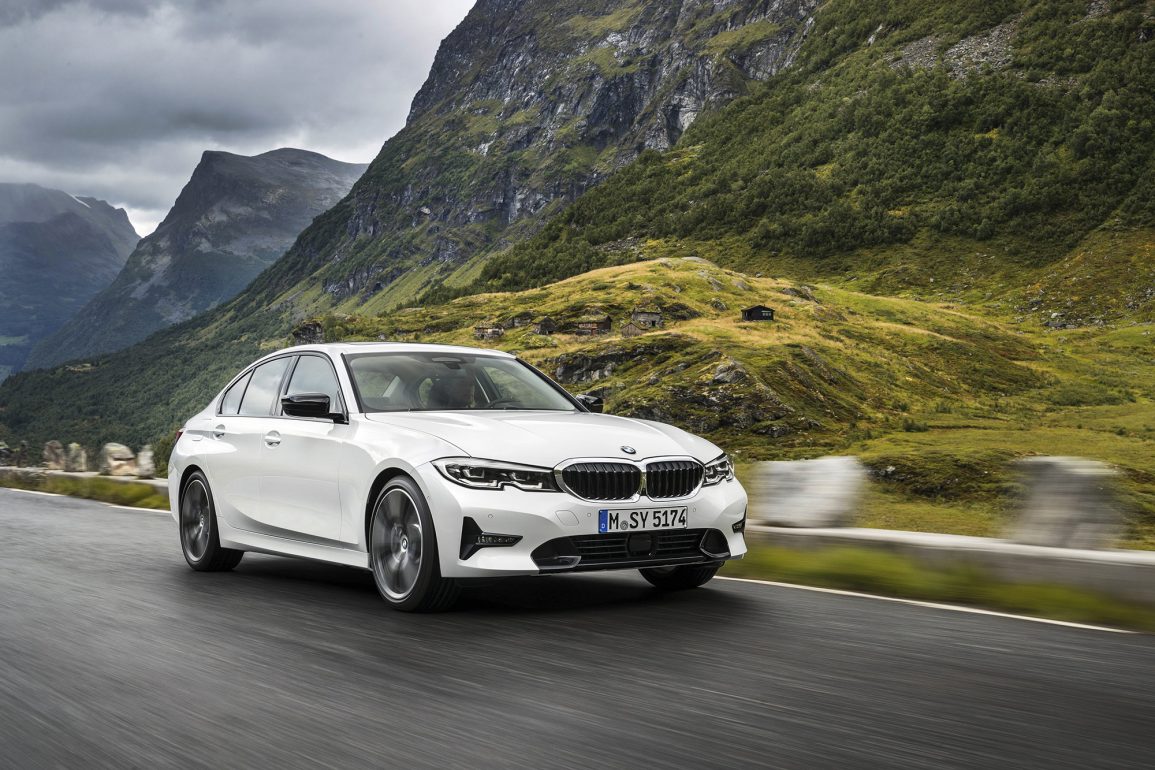 The BMW 3 Series was first released in 1975 and its arrival came as a bit of a ‘wow moment’ for both the marque and its subsequent hoards of adoring fans. It was the original compact sports sedan and along with it, created a whole new category. The 3 Series has reigned supreme for decades now, it was, in fact still is, held as the benchmark, so it’s no wonder that, (regardless of the popularity of SUVs) it’s deemed such a vital idol for the BMW brand.

Now in its seventh generation, supporters of this iconic car have just had their loyalty more than simply refreshed, more (just like the car itself), renewed. We were invited to the NZ launch to see what had changed.

Following a brief introduction at BMW’s head office in Mt Wellington, we headed out on a west Auckland adventure trip that would give us a chance to garner our first impressions of this desirable sports sedan.

From the outset, the changes are evident. The new BMW 3 Series integrates design cues from its previous models but merges them with their progressive new language. It has a sportier low road stance and its larger trademark kidney grilles extend out wide to meet the sedan’s sleeker headlights. More shape has been given to the sedan’s silhouette and the ‘C’ pillar’s Hofmeister kink has been further exaggerated. The rear design hasn’t been skimped on either, the L-shaped taillamps have been reshaped and darkened, while the two tailpipes have been chromed.

Inside, the 12.3-inch instrument cluster is fully electronic and highly adaptable, the head-up display is bold and clear, while the partially recessed infotainment touchscreen possesses the latest ‘live cockpit 7.0’, a raft of personalisable widgets and introduces the advanced version of BMW’s Intelligent Personal Assistant (IPA).

BMW’s IPA is an intelligent, voice-controlled application that, over time (around a week) learns your behaviours. With the phrase “Hey BMW” (this can be changed to the address of your choice), you can ask the system anything from “how far to our destination?” or “where’s the nearest cafe?” to simply “I’m tired” or “vitalise me”. With the latter, it will turn the lighting green, make the temperature blow cold air and even open the sunroof (if you have one), all for around three minutes. With regards to its learnings, if you regularly do things like, always put your heated seats on, the IPA will make that suggestion for you—apparently freeing up time and important headspace, which for me meant deciding what I’m having for dinner.

State of the art driver’s assists like Narrow Passage Support that can cope with obstacles such as roadworks, Reversing Assistant that recalls your last 50m and will ‘retrace reverse’ and Active Cruise Control are welcome assets. I particularly like reversing assistant (no more trips to the physio for a craned neck). Road noise is minimal (even on the run flat tyres), but there’s an acoustic glass option should you wish to hear even less from the outside. There’s also a laser headlight option that will negate your need to eat carrots.

We were given the keys to a 320d and a 330i to play with, and play we did. On the road, both models ride incredibly well. BMW has spent a lot of time on the suspension, introducing special dampers that ensure every level has been refined and it shows. The handling is precise and well balanced, excelling in virtually every corner. Both engines feel powerful, however, my personal preference was the 330i, 190kW of power and 400Nm of torque through an 8-speed sport AT transmission. Yes, the sound from the two-litre, four-cylinder engine may have been enhanced a little by the tech team, but was enjoyable all the same, especially on the downshift in Sport.

BMW New Zealand is launching with the two models we tested (the 320d and the 330i). Both come with M-Sport packages that include the M-trim and adaptive M-Sport suspension as standard. However, for those few of you that want a little more, the M340i (yes please), 330e and 320i models are due to be here in the second half of the year.

Rest assured, although this seventh-generation comes fully-loaded with assists and enhancements, it is still, as it has always been, a great driving sports sedan. Sure SUVs have their place, but for pure driving pleasure, the BMW 3 Series remains one vital idol.