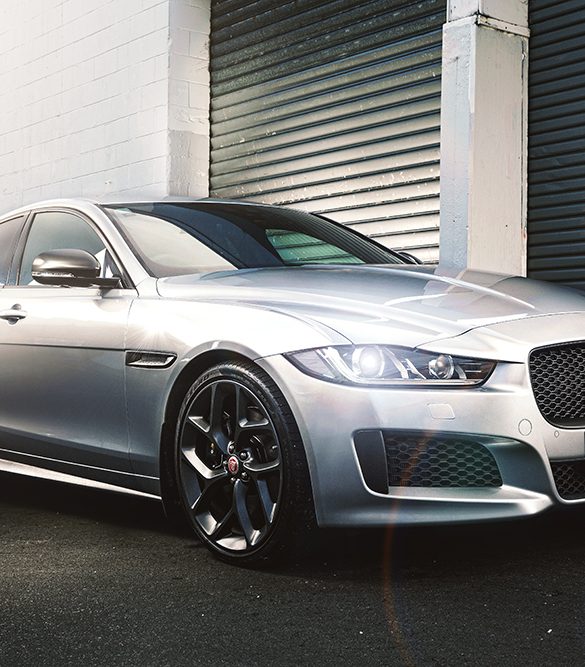 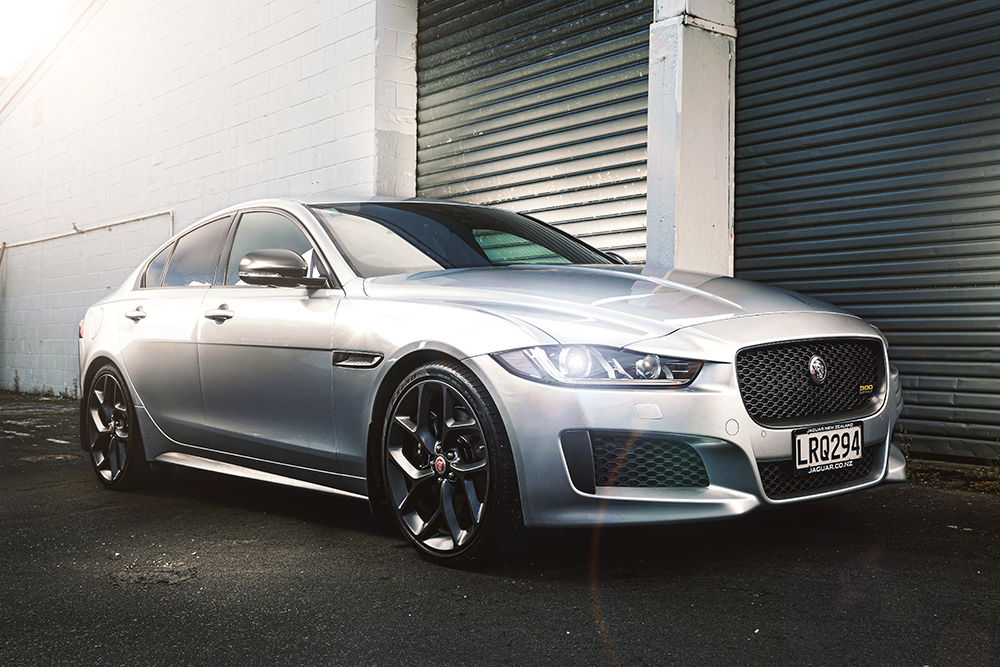 In the animal kingdom, colouration is usually an honest indication of a species’ noxiousness or intent. Dull camouflage greens or pastel hues hint towards the submissive while brighter more intense colours are a clear sign to beware, with yellow setting off a warning siren for all that come near. From the common, yet spiteful wasp to the (depending on where you reside) rarer but equally as nasty krait snake or Brazilian scorpion, yellow is an attention-getting colour that sends a message that you should heed – just as well it’s the colour that shines brightly on the new Jaguar XE 300 Sport.

Introduced to Jaguar’s pride in 2015, the XE is (normally) a four-door executive saloon that resides quietly in cities and suburbia. It offers British class and refinement, a bold face and attractive lines. Subtle, underplayed grace with more than a hint of Jaguar rogue. The range includes ‘Pure’, ‘Prestige’, ‘R-Sport’ and ‘S’, with powertrains that run from a powerful yet finessed diesel to a supercharged V6. Now there’s a 300 Sport in the mix.

The XE 300 Sport has a turbocharged two-litre, four-cylinder Ingenium engine heart that, as its nameplate suggests, offers 300ps of power (or 221kW to us locals), while 0-100km/h arrives in just 5.7 seconds. Yet, when required, it will give a reported fuel efficiency of 6.7L/100km and emissions of 153g/km. Just quietly, this smaller, lighter engine also makes for a more balanced, less nose-heavy ride too.

My model came cloaked in Indus (Latin for ‘Indian’) Silver, but there is also Yulong White, Santorini Black and Caldera Red on offer should you desire. Dark satin grey had been strategically placed around the exterior, drawing particular attention to areas such as the grille surround, door mirror covers, sills and a wafer-thin spoiler on the raised boot lip. Then there’s that yellow. Yellow 300 Sport logos feature on the front grille, boot lid and brake calipers while inside yellow contrast stitching covers the leather furniture, dash and three-spoke steering wheel. The headrests have been ‘300’ embossed and this model branding has been introduced to carpets and the treadplates – it may sound like a lot, but it’s actually really tastefully done.

The XE model is not overly spacious in the rear (the XF has your needs covered there) and if you are long in the leg or partial to the desert, it’s a bit of a squeeze, but I seldom sit back there so it’s not my biggest concern – the view from the driver’s seat is just fine. The soft-grain leather wheel feels great to touch and provides sharp control to the wheels via EPAS (electronic power assist steering) with reasonable feedback. The hand-brushed aluminium paddles allow specific gear selection when required but the auto-box raced up and down the eight speeds perfectly well without my input regardless. I was already familiar with the XE’s intuitive torque vectoring system (thanks to some previous track time), it’s comforting to know it’s got your back whatever the weather – I’ll get to that in a moment.

The instrument cluster is digital and the large Infotainment screen is clear and reasonably in-depth. It links to your smartphone with ease and has a nice range of apps to play with. The sound system is very basey (just how I like it) with a rather nice subwoofer range. The rest of the controls are well within easy reach and the 300 Sport comes well equipped with driver aids – I would have liked the cruise control to be adaptive though (I’m sure there’s an option). Tapping through the menus you can personalise your ride (accelerator, gear response and so on) but for those lazy drivers like me, the Eco, Norm and Dynamic really do suffice.

I was lucky enough to have the 300 Sport during a particularly rainy spell of Auckland weather and to be quite frank, I couldn’t have been happier. Off the mark (and if you specifically tried), the XE gladly spun its 20-inch wheels and wiggled around on the sodden roads, yet not in an uncontrollable way, more in a ‘rear-wheel drive fun’ kinda way. And despite (or is that in spite) of the downpours, Sport and Dynamic were my main driving options, offering up plenty of enthusiastic trips.

As I mentioned before, The Jaguar XE 300 Sport will not only happily merge into city and suburban life (it’s a beautifully presented executive sedan after all), but, it has the performance ability to thrill and excite. Adding a touch of yellow to the XE hasn’t turned the Jaguar into an angry Tiger (there’s still the S and Project 8 for those that want to venture down that trail) but as expressed by many others in the animal kingdom, it really is a warning sign that the XE 300 Sport sure does require some special attention.