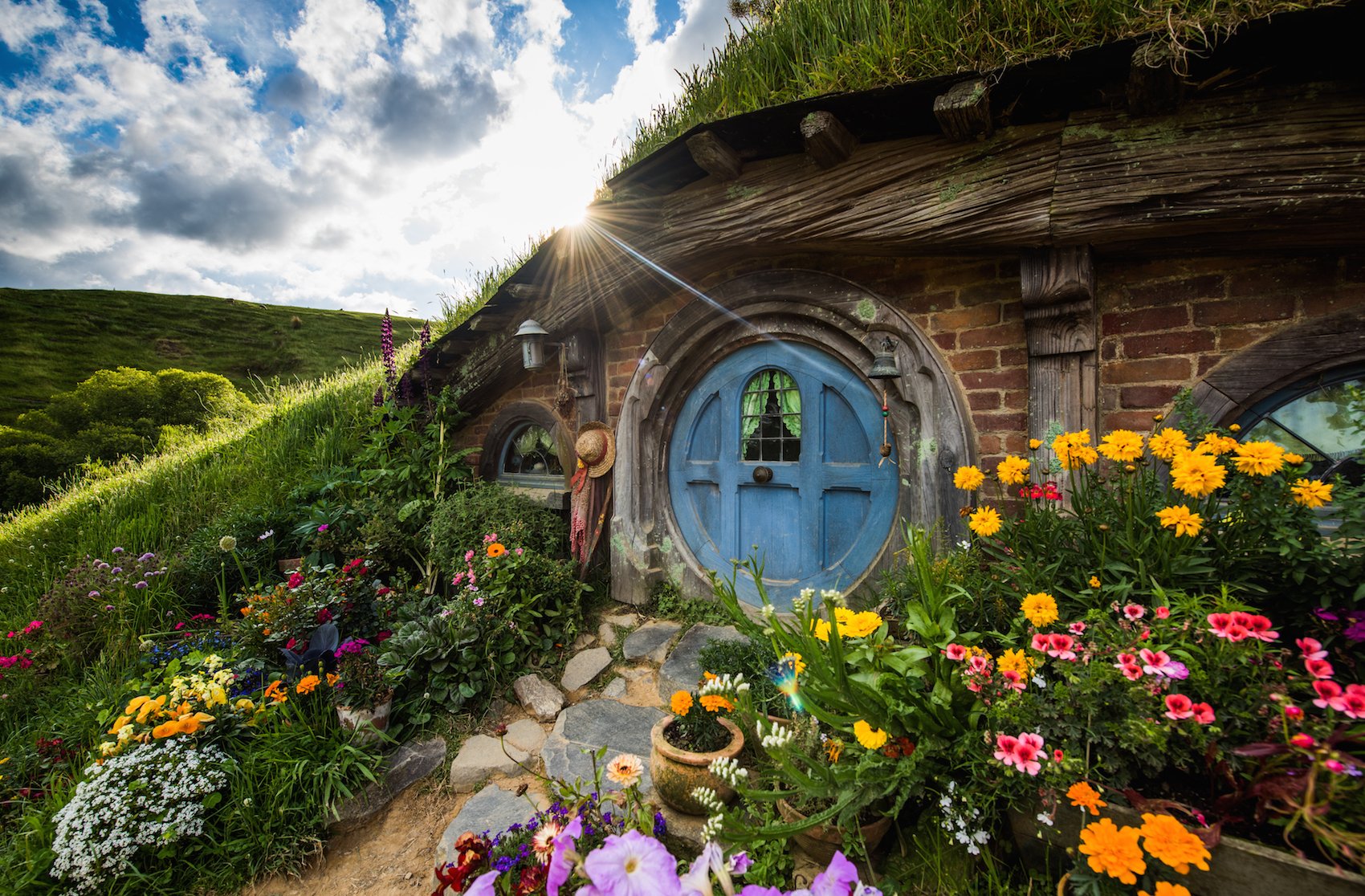 A Cycle of Nature, History and Hobbits

Little more than an hour south of Auckland begins one of Aotearoa’s easiest, most accessible, and enchanting Great Rides. The family-friendly Hauraki Rail Trail unfurls around the Firth of Thames then south through Paeroa and Te Aroha ending at magical Matamata, The Shire of Middle-earth. An offshoot from Paeroa to Waihi is a fabulous half-day ride that winds through Karangahake Gorge, a towering, bush-clad landscape licked by waterways and waterfalls and littered with long-abandoned mining gear—fascinating insights into the region’s gold rush heritage.

The e-bike friendly, five-section route incorporates one of the nation’s oldest rail corridors,  totalling around 200km and taking a recommended three to five days to complete—but it can be broken down into smaller sections for those with less time. A great weekend option is to cycle from Waihi to Te Aroha, via Paeroa—ample shuttle bus services are on offer to take you and your bike back to your car meaning you don’t have to cycle back the same way.

Only around 80km southeast of the City of Sails, the seaside settlement of Kaiaua marks the usual beginning—or sometimes end—of the Hauraki Rail Trail. From here, the wetlands route rounds the Firth of Thames for 55km, terminating at Thames. It passes the natural thermal pools of Miranda Hot Springs as it navigates the internationally recognised Shorebird Coast, an oceanside landform comprising tidal flats and saltmarsh, along with deposited gravel, sand, and seashells, dumped over millennia, to create Aotearoa’s only chenier plain. The Pūkorokoro Miranda Shorebird Centre, established in 1975, celebrates the shore’s endemic and migratory feathered friends—it’s the best place on Earth to witness massive flocks of wrybill, joined by the likes of Pacific golden plovers, red knots and bar-tailed godwits. Allow five to six hours for this section of the trail, known as “the journey of Te Aho”, after an early Māori settler.

South of Thames, the Great Ride unfurls for a further 34km, navigating undulating, verdant pastures with expansive views across the Hauraki Plains and to the Kaimai Ranges. But it’s not all about the natural splendour, a highlight of this section—and of the entire trail—is the Matatoki Cheese Barn. Their incredible, award-winning organic offerings are all crafted on-site, using milk from local herds. Enjoy wine and cheese surrounded by native trees as farm creatures graze nearby. Once in Paeroa, don’t forget to snap a picture of that giant “world famous in New Zealand” L&P soft drink bottle sculpture. If you need a bed for the night, the gorgeous Paeroa Pukeko Lodge is a romantic B&B with an outdoor hot tub and countryside views. Enjoy a slap-up gourmet meal, and an equally impressive, packed picnic for the onward ride. Allow three to four hours for this stage of the track.

“Cyclists see considerably more of this beautiful world than any other class of citizens. A good bicycle, well applied, will cure most ills this flesh is heir to”

If you only do one section of the Hauraki Rail Trail, make sure it’s Paeroa to Waihi, a 24km life-affirming pedal that cuts eastwards through the foreboding cliffs of Karangahake Gorge, often alongside the photogenic Ohinemuri River. Stand-out sights and experiences include the Owharoa Falls, a handful of scenic walks, the Victoria Battery Mine Railway and cycling through a dimly lit, refreshingly cool, kilometre-plus-long abandoned railway tunnel (if your eyesight’s not great, best take a torch, or take it extra slow!). Just past the western end of the tunnel, be sure to call in at the boutique Karangahake Winery Estate—the vino’s superb, but so is the small batch mead or old-school cider, all handcrafted on site. Just the ticket after a few hours pedalling, especially paired with their speciality cheese and cured meat platters that are replete with homemade pickles and preserves, served alongside fragrant, freshly baked bread. It’s an officially three-hour section, but take your time. Once at Waihi, it’s a further 30-minute cycle out to Waihi Beach.

You need to cycle back westwards from Waihi to Paeroa (and get to see all that you missed behind you on the way there) before heading south for 23km en route to Te Aroha, one of the region’s hidden gem towns. Positioned at the foot of its eponymous “Mountain of Love”, Te Aroha’s Domain is especially lovely—the most Instagrammable gardens, bowling green and Edwardian pavilions look lifted straight from a turn-of-the-twentieth century picture book. To its rear, the Te Aroha Mineral Spas is just the place to soothe those pedal-weary muscles, and maybe opt for a spa treatment. Here, guests soak in lovely, circular private wooden hot tubs—upgrade to the Romance Package to kick back surrounded by candles, with drink and boutique chocolates chucked in. This penultimate section of the trail crosses cattle-laden farmland beneath a mountainous horizon and takes two to three hours.

The final—and newest (there is still some construction in progress)—stretch of the Hauraki Rail Trail unfurls for 37km, reaching from Te Aroha into the bowels of Middle-earth. It continues across the Hauraki Plains and through groves and ravines, past waterways and farmland home to grazing goats and magnificent horses before terminating at Matamata, home of the Hobbiton Movie Set where you may replenish that spent energy with pint or two at the Green Dragon Inn. Set aside two to four hours for this final section of the trail.