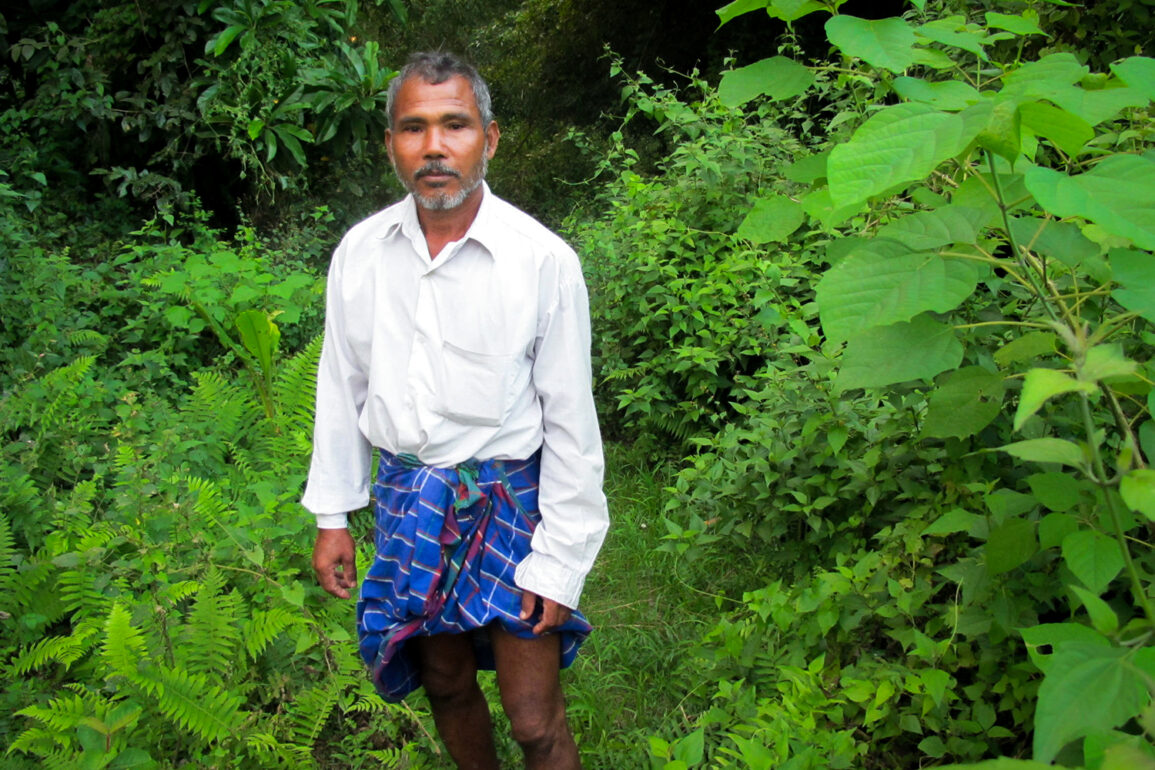 Tucked into the northeast corner of India in the Brahmaputra River sits Mājuli Reserve, the world’s largest river island. The 800-sqaure-kilometre mass in the state of Assam supports around 160,00 souls, and over the past century or so around half of the monolith has been lost to flooding. So, one of those souls decided to do something about it.

Jadav “Molai” Payeng, the son of a humble buffalo trader, was just 16 years old in 1979 when he stumbled upon a sandbar on the island swathed in dead snakes washed up by the floods—a sight of “carnage”, he later recalled, that moved him to tears. He contacted the forest department to request more trees be planted to combat erosion and provide shelter for the creatures but was told nothing would grow. Without telling anyone, he set about sowing seeds himself, spending great periods of time alone on the sandbar, tending to his young trees. Thanks to Payeng, on that sandbar now stands a 1,000-acre forest larger than New York’s Central Park that’s home to hundreds of tree varieties that shelter rhinos, deer, elephants, apes and Bengal tigers. Vultures returned to the area after half-a-century away. The forest has been named “Molai Forest” in honour of its creator and guardian, who has promised to “plant till my last breath”.

Payeng, who lives on the island with his wife, Binita, and three children, even introduced insects and earthworms to the soil to improve its condition and fertility, and constructed bamboo platforms above samplings to provide a steady water source.

“At first planting was very time consuming,” says Payeng in the short 2013 documentary film, Forest Man, about his life. “But now it’s much easier, because I get the seeds from the trees themselves.”

During the documentary, we witness Payeng—who still also, like his father, raises buffalo— walking barefoot across the scrub, armed with a sizeable twig that he uses to prod a hole into the earth in which he inserts a seed or seedling. He talks of the struggle protecting the big trees from men seeking “economical gain” that would leave the animals and land vulnerable once more.

The year before the documentary film’s release, the assistant conservator of forests, Gunin Salkla, had told the Times of India that Payeng “treats the trees and animals like his own children”. The government had only become aware of Payeng’s exploits when searching for a more than 100-strong herd of elephants that had sought refuge among his trees. Payeng was recognised by the former president of India and revered scientist, Dr APJ Abdul Kalam, while the Assam chief minister, Tarun Gogoi, hailed him as “a true conservationist” that shows “what an ordinary person with good motive and willpower can do”. Payeng has since won dozens of awards, including the title of the ‘Forest Man of India’, bestowed by the prestigious Jawaharlal Nehru University. He’s even had a children’s book written in honour of his achievements, called Jadav and the Tree Place, which tells the story of a man creating a woodland for wild animals.

Payeng says it’s not all his own work, though—he had a helping hand from an entire ecosystem (though humbly ignores that it was he who largely created this local ecosystem to start with).

“You plant one or two trees, and they have to seed,” he tells NPR. “And once they seed, the wind knows how to plant them, the birds here know how to sow them, cows know, elephants know, even the Brahmaputra River knows.”

Not everyone has been happy about his planting, however. As the forest grew, it enticed more sizeable wildlife that began to encroach upon the surrounding communities; elephants destroyed crops and tigers took village fowl and pheasants. Fuming locals threatened to destroy Payeng’s Eden, and he responded by simply planting more trees. This time he opted for banana trees, a favourite treat of elephants, to lure them deeper into the jungle. And it worked. As populations of other wildlife such as deer—a favourite treat of tigers—also boomed, the creatures retreated from the peripheries.

“There are no monsters in nature but humans,” muses Payeng. “Humans consume everything until there is nothing left. Nothing is safe from humans, not even elephants and tigers.”